Wednesday is finally here!  Happy Sexy Hump Day!
For those of those of you who would love to have a chance to be in a book.
HP Mallory is going to make that happen for one lucky winner.
If you are amazingly lucky you as a character will be in her next book, Toil & Trouble.
Release date in Jan. 2011.
Not only will you be apart of this coming book but character will continue through the series!
Yes, the Fairy said that right!
The winner will be found in several books!  Fun!!!
More Perks!!
Yes, HP Mallory is that awesome!
You will also get the book before everyone else!
PLUS
Her other two books, in PAPERBACK!
Click Here to Enter!
Wednesday is a great day! 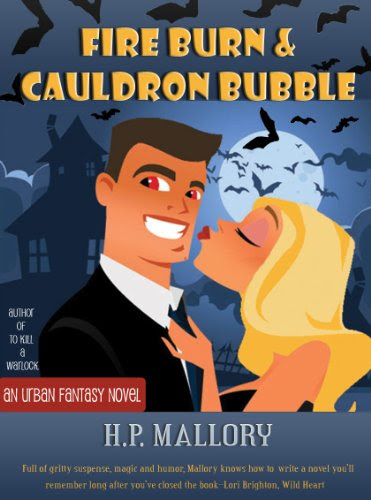 Fire Burn &
Cauldron Bubble
By: H.P. Mallory
Series:  Jolie Wilkins Series
Publisher:  Smashwords
E-Book!!
Rating: 4.5
Book Art: Cute... 4
Genre:  Paranormal Romance, Urban Fantasy, Adult
First Line:  It's not every day you see a ghost.
Review:
Jolie finds out that she simply is not what she thought she was.  How do you go from being a fortune teller to a person with the ability to see ghosts?  Ok, perhaps that would be fun for a little while.  I mean so many of us HUMANS want to be something other then what we are now.  Crazy.  But for Jolie things get a bit crazier, not only does she see ghosts but she is able to make the dead come back to life!  Wow!  Now those are some crazy super powers.  Someone needs to call Batman and tell him to hang up his cape.  Seriously, I love Batman!  Don't really do that.
Soon a tall dark handsome man comes to her psychic shop to sweep her off her feet hire her to help find out who killed the ghost.  Rand is a warlock who helps show Jolie that she is truly a witch, and boy, a powerful grandmommy of them to boot!  He also shows her that she can never go back to being a plain ol' human.  I mean who would want to?  Not I, said the Fairy!  However, Rand has this one rule that makes you grin because you know there will be some rule breaking somewhere, it is a paranormal romance after all!  Rand does not think that a boss should not mix business with pleasure with his employee. 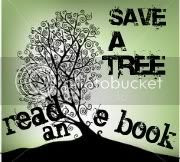 Well, I'll be darn... let the rule breaking begin!  Ok, I will spare you from all of the lusting yummy hotness because I know you want to read that for yourself.  (Which I recommend you do!)  Another witch tries to claim Jolie for herself.  Which I did not see coming but was a great plot twist because our handsome stud, Rand, battle for his right to keep Jolie as an employee.  Wait!  He just wants to keep his employee?  There must be some magical labor laws.  Hmm... There is more!  He is also battling his growing feelings for Jolie.  *Ahh*  I told you there would be some rule breaking!
I did not have a problem getting into the book.  Although, I must admit that I was hoping for a bit more of a clean ending.  Perhaps, just more BANG!  Fear not! This is just the first in the series, we will learn more later on.  Even with the wanting more at the end, I was never bored throughout the book.  It was highly addictive.  Like the Dark Chocolate the Fairy Loves so much!  I hope HP Mallory keeps the wit and interesting characters coming.  This story was just as fun to read as her other book and would be just too hard to pick out which one I liked the most.
I am now a fan! 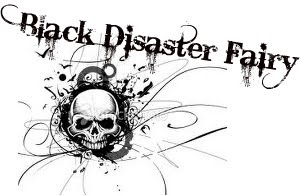 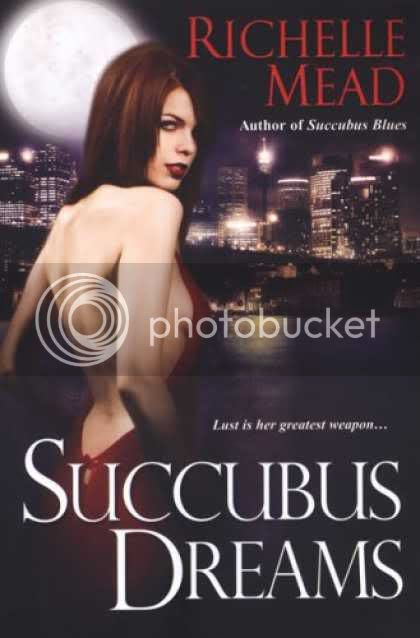 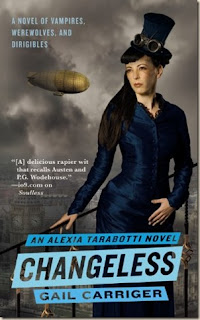 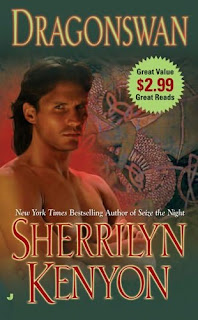